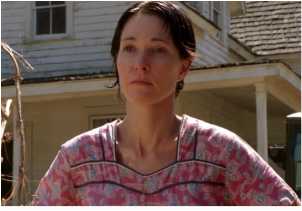 Brynn Horrocks
​Brynn Horrocks is an American actor. She has appeared in the films, Dummy, BAB, The Lords of Salem, Apocalypse According to Doris, and the cult classic, Rock 'n' Roll High School Forever.

She received industry notice for her recurring role as Abigail Whitman, the fiercely cruel mother of Don Draper (Jon Hamm) on AMC's series, Mad Men and had a recurring role on the HBO mini-series Show Me a Hero alongside Catherine Keener and Alfred Molina.

Born and raised in rural Washington State, Horrocks spent her college summers as a cast member of the Playmill Theater in West Yellowstone, Montana.

After college, Horrocks drove to Los Angeles to try her luck at becoming a professional actor. To make ends meet, she valet parked cars, sold snow skis, and even spent a moment working as a weigh-station-girl at a gravel pit, all the while going on auditions.

Her tenacity paid off when she landed the recurring role of of Debbie Small, on NBC's, Hunter.

Soon after, she landed a role in the seminal teenage cult film Rock n Roll High School Forever where she played the quirky character Tabitha alongside Corey Feldman.